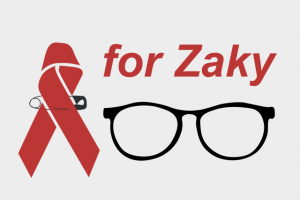 GEMMA is the first Erasmus Mundus Master´s Degree in Women’s and Gender Studies in Europe. It is a programme of excellence supported by the European Commission, which first selected it as an Erasmus Mundus Master Course in 2006. In July 2011, GEMMA was once again selected for funding under the prestigious Erasmus Mundus brand and distinguished from amongst 177 submitted project proposals as “a pilot project and model in the field of Women´s Studies and Gender Studies in a European and global perspective”. GEMMA is unique in the way it brings together approaches to feminism from all cardinal points in Europe. Created as a result of the concerted efforts of several universities working together within the ATHENA network, the GEMMA Consortium represents the harmonization of seven different institutions from six European countries: University of Granada (coordinator), University of Bologna, Central European University (Budapest), University of Hull, University of Lodz, University of Oviedo and University of Utrecht. GEMMA is thus the fine tuning of North European, South European and Central European higher education institutions where Women’s and Gender studies is one of the main elements in their postgraduate offer. From the 6th edition of the programme (2012/2014), the GEMMA Consortium will include Rutgers, the State University of New Jersey from the United States, as Full Partner. In this new phase, seven other North, Central and South American universities will associate themselves with GEMMA: Universidad de Buenos Aires, Universidad Estatal de Campinas en Sao Paulo, Universidad de Chile, Florida International University, Instituto Tecnológico de Santo Domingo, Universidad Nacional de Colombia, and Universidad Nacional Autónoma de México. These prestigious higher education institutions will participate in GEMMA through an innovative e-learning program in collaboration with the Virtual Training Centre at the University of Granada (CEVUG), enhancing the singularity of this EMMC in its transatlantic extended consortium. From 2012 GEMMA will also collaborate with equality institutions such as Instituto Asturiano de la Mujer and Comitato per le Pari Opportunità of the University of Bologna; with documentation centers and professional associations such as Associazione Orlando – Women´s Documentation Center, Biblioteca Amilcar Cabral, and ATGENDER – The European Association for Gender Research; with publishing houses such as KRK Ediciones, Colección Feminae and Peter Lang AG International Academic Publishers; and with other cultural institutions such as Festival Mujeres Del Cine de Granada and Fundación IES Granada. GEMMA is a joint interdisciplinary programme that provides high quality academic education and professional competencies for personnel working or intending to work in the areas of Women’s Studies, Gender Studies and Equal Opportunities across Europe and beyond. It collects our best offer from the humanities, social sciences and health sciences, making it attractive to students worldwide and offering a wide span of options and combinations. Courses are taught by the most distinguished and highly recognized professors in the fields of research at each one of the departments involved. Summer schools and language courses are on offer for both students and scholars. GEMMA offers added value through its very strong geographically balanced consortium, which makes it possible for students to choose their international mobility route amongst eight participating universities. It also gives students a unique possibility to obtain a double diploma, acknowledged by all GEMMA Consortium members. The official languages used in the partner universities are Spanish, English and Italian.   ITALIAN VERSION